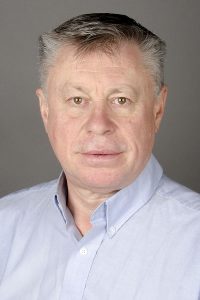 Philippe De Wals is Professor at the Faculty of Medicine, Université Laval, in Quebec City, Canada. Professor De Wals gained his Medical Degree and a Doctorate in Public Health in his home country of Belgium, at the Louvain Catholic University. His early academic and professional career combined research and teaching in epidemiology at the School of Public Health at the Louvain Catholic University with the practice of general medicine. Between 1980 and 2000 he worked as an epidemiologist for EUROCAT, a European network of population-based registries for the epidemiologic surveillance of congenital anomalies. In 1990, he moved to Canada and became the Head of the Department of Community Health Sciences at the University of Sherbrooke. In 1997, he was appointed visiting Professor at the School of Public Health at the University of North Carolina in Chapel Hill, USA. He moved to Université Laval in 2002 to be chairperson of the Department of Social and Preventive Medicine up to 2010.

Professor De Wals is highly-recognized expert in the field of public health and immunization programs. His research is centered on the epidemiology of infectious diseases, reproductive abnormalities, healthy lifestyle and the assessment of health services and public health programs and policies. He is the author of about 200 published articles in scientific journals and has contributed several chapters to textbooks. He is a member of research centers at the Quebec University Hospital Center, the Quebec Heart and Lung Institute and the Sherbrooke University Hospital Center. He is a medical advisor to the Quebec National Institute of Public Health. In 2011, he was appointed as Scientific Director of the Evaluation Platform on Obesity Prevention sponsored by the Lucie-et-André-Chagnon Foundation. Currently, he is member of the Quebec Immunization Committee, the (Canadian) National Advisory Committee on Immunization and of the Board of the Canadian Immunization Research Network sponsored by the Canadian institutes for Health Research.

In 1990, Professor De Wals was awarded the Jean Van Beneden Prize in recognition of his excellent work in the public health field, and in 2005, he was elected to the Royal Academy of Medicine of Belgium. He also received the annual prize for excellence of the Quebec Association of Specialists in Community Health in 2007. In 2018, he was awarded the International Collen-Francqui Professor Chair for a stay at the University of Antwerpen, Belgium.